Today I woke up and decided to make my mom’s recipe for pizza for dinner. 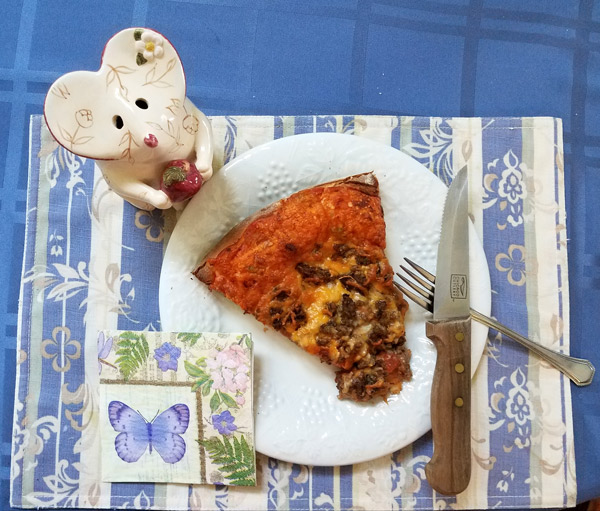 One has to make dough first and it’s not like any pizza anyone else in the world ever probably eats, unless someone out there still has the 4th Ward Relief Society’s Cookbook they complied as a fundraiser in the mid-1980s – straight from the days when Campbell’s Cream of Mushroom Soup was a pantry staple.

As I pulled the cookie sheet out of the drawer to prep it for the dough I realized mom probably made it on a cookie sheet because she did not have a pizza pan. (Guess we ate so much Organ Stop Pizza there was never a need.) 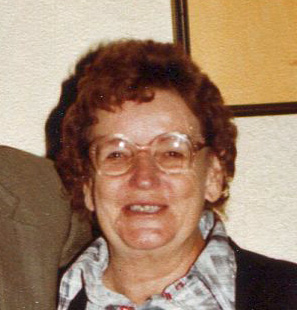 Between that date on the calendar and a slight case of the monthly blues, NOW I know why I am mixing up and rolling out dough. (Hey Angel Peggy! I am tempted to drive to town and buy pecans to make Mexican Wedding Cookies, but your cookies were extraordinary.)

Bread is one of my favorite words.

Fresh from the oven bread is hands-down, over any sweet treat, my favorite thing to eat.

It is comfort and home, mother and love.

She was perfectly imperfect. When we didn’t see eye to eye it was startling and we had to work to get back to moving forward. I never felt unloved.

To all of my friends who are aching for just one more moment of mothering or chance to express thanks – I feel you. Here’s a song link to Ed Sheeran’s song Supermarket.

To all of my friends who missed mothering, I truly wish I could somehow gift you a day of my mom’s abundant care.

Oh! If you wish to try a pizza that is not a pizza, here’s the recipe for dough and all the things mom and I made with with it:

Jean Jennings lived to be 92 years old. She was my mom and my grandma coz she adopted me. This recipe and my love for her go hand in hand. When I was a child, Mom would bake these rolls in pie tins then have me deliver to her friends around the neighborhood.

Add to one cup warm water in a large bowl:

An egg, a jigger or two of oil,

a pinch of salt,

one packet of Fleishman’s yeast.

Stir briefly with a fork.

Mix in 3 ½ cups of flour until ball of dough forms.

Knead on a floured sheet of canvas fabric.

Let rise in bowl, covered with a towel, until double.

Knead, (punch out bubbles), roll out to about a ½ inch thick, then cut rolls and place rolls in pie tins or on cookie sheet.

Bake at 350 until tops are golden.

Don’t eat them all before dinner!

In a large bowl mix:

One cup warm water (I find that bottled water interacts consistently with the yeast.)

One large or extra large egg

1/4 cup vegetable oil (Note that at some point in her later years she swears that she uses the white Crisco that comes in bars, but Carol swears this is absolutely not the recipe she learned.)

1 teaspoon salt (If you used a mineralized salt which I have discovered tastes better, the minerals can color the rolls if you are not adding spices.)

One packet of yeast

Stir with a fork and let sit for about 10 minutes until bubbly.

Then, gradually add in at least 3 maybe 3 1/2 cups of sifted flour as you stir/knead to form ball of dough. (If you use a big enough bowl you do not need to turn it onto the counter—it can rise in the bowl.)

Let ball of dough raise for a couple of hours until it about doubles in size.

Tear ball of dough in half. Knead air bubbles out then roll out on lightly floured counter top to about a half an inch high. Cut out rolls.

Place them on a pan with sides barely touching. Let them raise until about double again. Bake at 350 degrees F until tops are golden brown—about 12 minutes.

Make hot dog things by slicing a Kosher hot dog not quite fully through the center and stuffing with diced green chili and cheddar cheese before wrapping in dough.

Hot dogs things need a 400 degree oven and a little longer than rolls to cook.

Try not to eat them all, rolls or hot dog things, until dinner or wherever you are taking them. Great camping food for the road trip.

Grandma Jean used to bake cinnamon rolls in a deep iron pan with honey and pecans at the bottom (I believe you would need to add butter so that they would not stick).

I have tried but never duplicated the flavor of what is hardwired in my taste buds and memory. This is close….

Turn the dough onto a floured surface. Flatten and shape the dough until it’s a 9 X 14 inch rectangle. Sprinkle the surface with the filling mixture, leaving a 1/2 inch border.

Tightly roll the dough using the 14 inch side. Cut into 8 pieces and place swirl side up in the baking pan. Start by placing one in the middle and then surround the center roll with the remaining rolls. Brush with 2 tbsp melted butter.

Combine with a whisk:

Spoon over top of rolls and you are ready to serve!

Mix together I can cream of mushroom soup, one can of tomato soup and two cans of diced green chilies. Spread mixture evenly across dough.

Brown a pound of hamburger and spread it across dough.

Dice onions to taste and sprinkle across dough.

3 thoughts on “My Mom’s Pizza + a few more recipes”

Stardust in the armoire